** All photographs in this post were taken by our awesome professional photographer, Debi Parker **

Ken’s Grandmother and Uncle walked down the aisle. 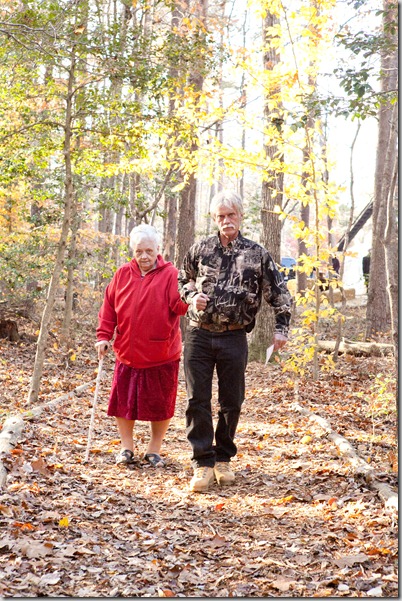 My grandmother would’ve walked next, but she remained in the hospital. So then Ken’s mom and stepdad walked down the aisle. 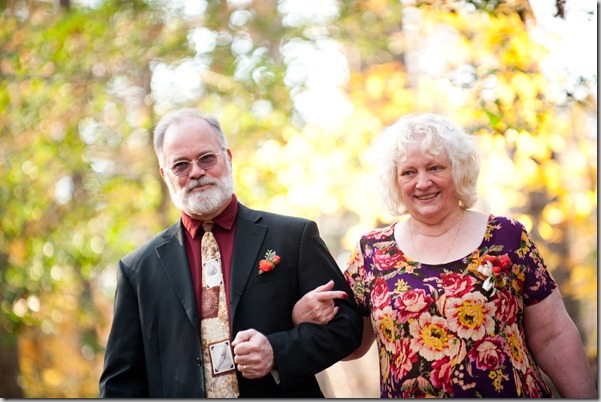 Then my mom, escorted by my Brother-in-law (my sister’s husband). 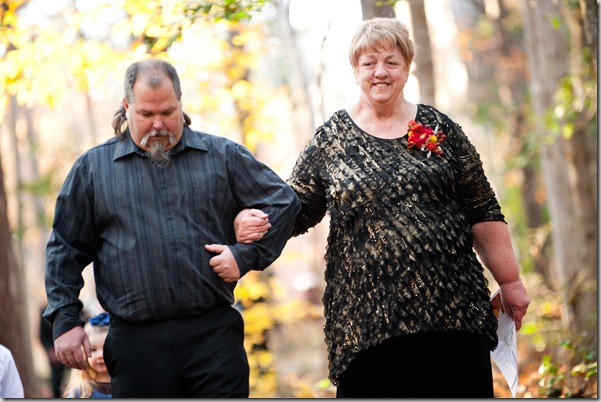 Then it was time for the ring bearer and flower girl. I couldn’t believe it. My nephew was as cool as a cucumber.

In the months leading up to the wedding I was pretty much convinced that he wouldn’t cooperate as ring bearer on the wedding day, and I decided that wouldn’t push the issue if he wouldn’t do it at the last minute. I had mentioned a few months ago about how he was scared to be a ring bearer, so I set him on my lap and showed him YouTube videos of ring bearer’s walking down the aisle. His poor little leg started shaking as he sat on my lap. He said to me while watching those videos, "I’ll be too NERVOUS!"

He had cooperated the night before at the rehearsal, especially after we showed him his special Lego box he would get to carry. And then I told him that if he would walk down the aisle, that I had a very special Buzz Lightyear toy I would give him. I also told him that he had to hold the flower girl’s hand because she might get scared (which was total BS, because she was ready and raring to go as flower girl. I just thought it might encourage him to feel like he had an extra special responsibility). But I still had my doubts!

But there he was, standing tall and proud as a ring bearer! He started to walk behind my mom and brother-in-law. But they were following them too closely down the aisle, and I was afraid that the photographer wouldn’t be able to get a good picture of them. 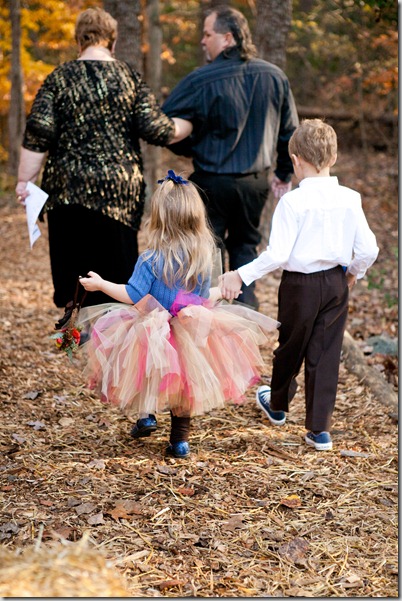 So, I stopped them as they started walking and said, "Hold on for a few seconds." Then, a moment of hilarity. The flower girl looked at my nephew and with a determined look on her face, promptly let go of his hand and marched back UP the aisle towards me. My nephew quickly followed her. Here they are actually walking back up the “aisle.” 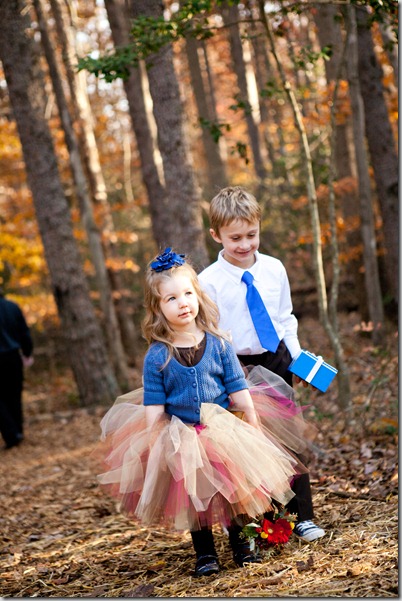 After a few seconds longer, I gave them the go-ahead again to walk down the aisle.

As it turns out, they still ended up catching up to my mom and brother-in-law, since my mom was taking her time walking down the leaf-covered path. From my perspective, I couldn’t see what happened when they got to the bottom, but Ken said that my nephew knew he had to walk up to the pastor and give him the rings out of the ring box, but the flower girl walked right up to the pastor with the ring bearer! Ken said it was really cute. 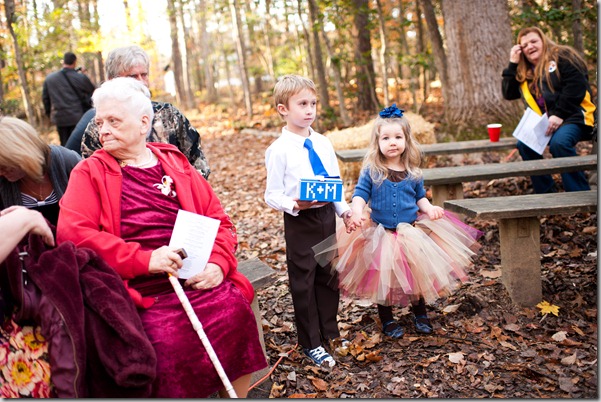 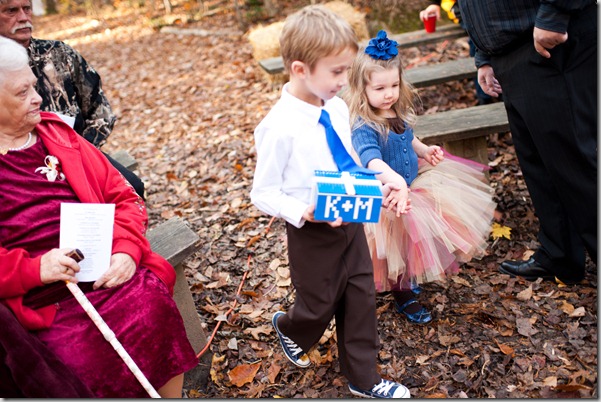 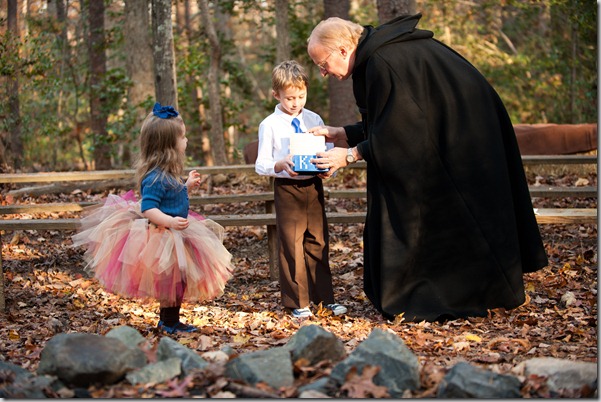 It was time for my dad and I to walk! Holy shit.

I started the biggest giggling fit OF MY LIFE. No kidding. I almost never get the giggles. But there I was, giggling uncontrollably. My dad started to laugh too, but you could tell there were tears mixed in with those laughs. I regained my composure as we walked down the aisle. 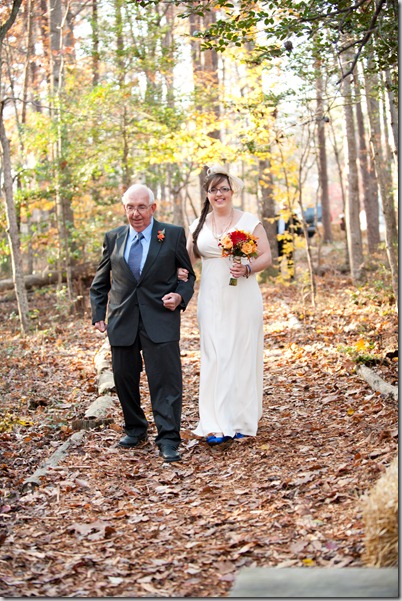 You know, it’s really interesting as I write this. Prior to the wedding, there were all sorts of things that I had worried about regarding that moment of walking down the aisle. The hem of my dress getting dirty as I dragged leaves and other outdoor dirt while walking. Feeling the need to look down as I walked because I was worried my dad, who does not get around too well anymore, would trip over a rogue branch or hit a slippery patch of leaves. Worrying that tears streaming down my face would ruin my makeup.

But in that moment, I had no worries. None of those thoughts even entered my brain, not even for a second. 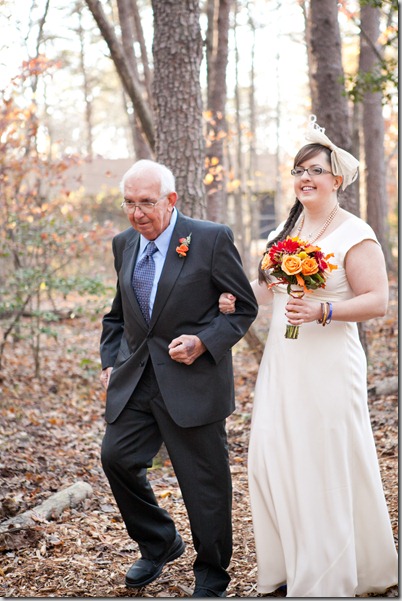 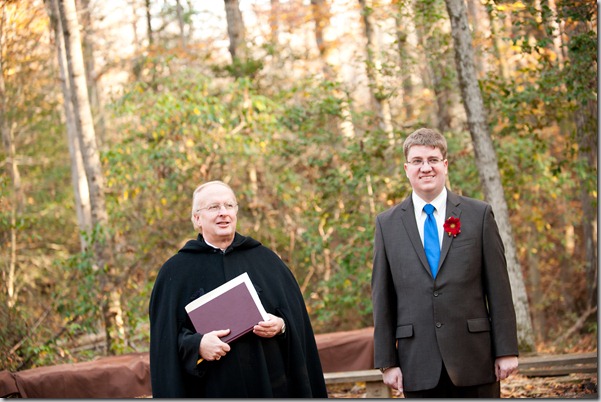 We reached the “council circle” where all the guests were seated "in the round." My dad took my hand and placed it in Ken’s hand. My dad kissed me, and he went and sat down next to my mom. 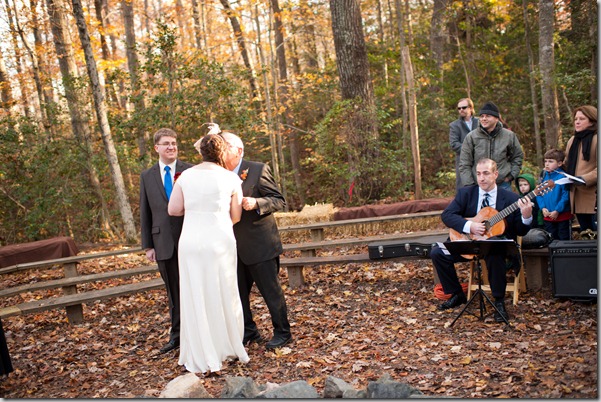 It was time to get married! 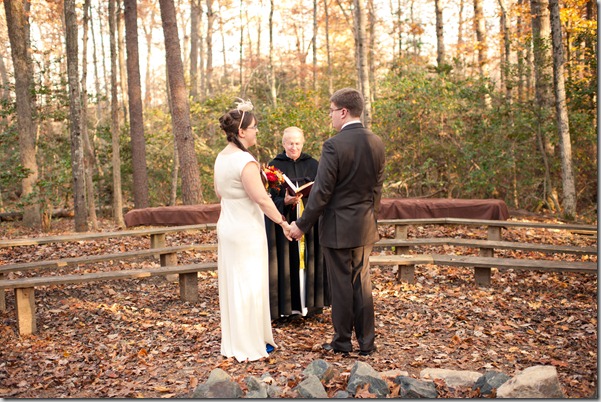